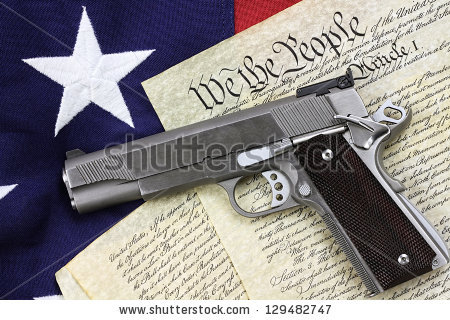 Everywhere you look today Democrat Liberal Leftists are looking to control and limit free speech. They tried to reintroduce the failed Fairness Doctrine to gut talk radio which is overwhelmingly Conservative. They would like to introduce Hate Speech Laws that muzzle criticism of gay marriage, abortion, Muslims, Global Warming, illegal aliens and other subjects.  SEE:  https://lexingtonlibertarian.wordpress.com/2015/05/30/hate-speech-laws-allows-the-left-to-control-free-speech/ They would like to fine and/or jail Global Warming deniers and they have considered legislation to muzzle clergy in the pulpit from preaching the merits of traditional marriage.

With the approval of Net Neutrality Obama was able to get the Internet reclassified into a Public Utility. This reclassification will permit regulations that govern conduct and speech on the world wide web. It may come to pass that websites such as the Lexington Libertarian will be forced to close because it is too confrontational.

The Left, especially since fellow traveler Barrack Obama attained the White House, has been trying to outlaw all guns in the hands of private citizens. It’s efforts has been meet with enough resistance to thwart such an outcome. But now the State Department has proposed  to Regulate Gun Enthusiasts’ Internet Speech. THIS IS A BACK DOOR ATTEMPT AT REMOVING GUNS FROM THE HANDS OF AMERICAN CITIZENS, especially since it will be done by bureaucratic mandate rather than by a vote of Congress and the will of the people.

Last week, the U.S. Department of State published an alarming notice in the Federal Register, which, if transmuted into regulatory action, could prove downright disastrous to the nation’s rapidly multiplying gun fora. “In updating regulations governing international arms sales,” Paul Bedard recorded at the Washington Examiner, the State Department is effectively “demanding that anyone who puts technical details about arms and ammo on the web first get the OK from the federal government.” And if they do not? They could “face a fine of up to $1 million and 20 years in jail.”

At present, the International Traffic in Arms Regulations (ITAR) dictate that any weapons-related “technical data” that is in the “public domain” can be published and discussed with impunity. This arrangement, State submits, was all very well when “public domain” meant “in a library,” but it is simply not good enough in the era of Twitter and WordPress. (Clearly, it would be self-defeating if the rules intended to prevent foreigners from reading the technical data for the F-35 became impotent the moment that that information found its way online.) In principle at least, Foggy Bottom has a point: In a rapidly changing world, regulations do indeed to need to be updated. And yet the manner in which the proposed alterations have been constructed is alarming indeed. Essentially, the State Department now wants to ensure that any new information that is subject to ITAR be approved by the government prior to release online. “If you’ve talked about a given piece of information before,” the agency is saying, “you can talk about it again. But if you haven’t, you’ll need to ask our permission first.”

As for what is “subject to the ITAR” . . . well, that would change too. Per Daniel Terrill over at Guns.com, State is hoping to “revise the definition within the context of ITAR of several keywords including public domain, technical data, defense article, defense services, export, and reexport or retransfer.” As the National Rifle Association observes, the potential upshot of this would be that “gunsmiths, manufacturers, reloaders, and do-it-yourselfers could all find themselves muzzled under the rule and unable to distribute or obtain the information they rely on to conduct these activities.” Moreover, depending on how administrators elected to interpret the rules, the amended provisions could be used to outlaw detailed reviews of new firearms, in-depth technical discussions involving recently patented parts, amateur repair- and upgrade-manuals, 3D-printing schematics, and even self-defense programs. Most worrying of all, perhaps, the proposal does not appear to distinguish between the intellectual and the physical — that is, it draws no distinction between exporting a physical firearm and publishing technical details about it to the Internet. “If I sent someone the technical drawings for an AR-15 bolt carrier,” Nick Leghorn contends, “that would be equivalent in the eyes of the government to me having exported an actual bolt carrier.”

If these are indeed to be our standards, it is difficult to imagine how any firearms website would be able to survive the regulators’ caprice. Those lads over at AR15.com discussing innovative rifle-hand guards in detail? Sorry chaps. The gentlemen at the National Gun Forum sharing gunsmithing tips and uploading manuals? Serial violators. 3D-printing enthusiasts building themselves a new trigger for a recently designed shotgun? Criminals who didn’t request the King’s seal of approval.

In its brief against the measure, the NRA supposes that “because all such releases would require the ‘authorization’ of the government before they occurred . . . the proposal would institute a massive new prior restraint on free speech.” Technically speaking, this is a slight overstatement. Per constitutional precedent, “prior restraint” involves the government’s taking specific measures to prevent specific speech (an injunction, for example), and not the establishment of penalties designed to punish the violation of a general rule (e.g. State’s ITAR proposals). In theory at least, we are not dealing here with a classic case of “prior restraint.”

In practice, though, this distinction is a slim one. In both cases, the imposition of penalties serves to impose a chilling effect on the discourse of free people; in both cases, one “can” violate the rules providing one is prepared to pay the considerable penalty; and in both cases the scope for abuse is appreciable. Evidently, neither should be acceptable in a country that was conceived in Liberty.

It is often the case that cock-up trumps conspiracy, and it is thus eminently possible that the State Department has simply not thought its proposals through. That much is forgivable. To act upon them without revision, though, would not be. In most countries, Burke observed, the people “judge of an ill principle in government only by an actual grievance.” In America, “they anticipate the evil, and judge of the pressure of the grievance by the badness of the principle” and “augur misgovernment at a distance.” In this embryonic stage, we have distance and time at our disposal and the Department of State has a chance hear our anticipations. Those little platoons depend upon its doing so.