So the Democrats had a  ‘kumbaya-fest’ at their National Convention. Hillary was forced to give us a rosy picture of the American economy and foreign policy lest she lose the endorsement of Obama who wants to leave office convincing the American people that he is leaving office with everything ship-shape. But the American people know that the rosy picture painted by the Democrats, with occasional dissent from Pocahontas and the Bern, is just not reality. Nothing like suffering and struggling while your government tries to convince you that you are doing wonderfully.

Especially when you consider these facts from Porter Stansberry:

But I promise you, nothing is “normal” about what is happening in America today. It is all smoke and mirrors — the result of an out-of-control government experiment with our money supply.

After all, how can it be “normal” when… 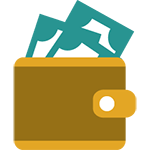 Roughly 75% of Americans are living paycheck to paycheck, with essentially zero savings, according to a recent study by Bankrate. 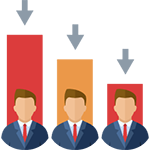 The “labor force participation rate” (basically the percentage of able-bodied people who are actually working) has fallen every year since 2007 and at the end of 2015 was at its lowest level since the 1970s. (Source: The U.S. Bureau of Labor Statistics) 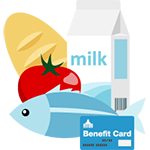 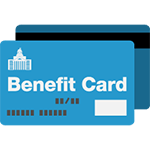 Can our country really be back to “normal” when, according to the most recent numbers from the Census Bureau, an incredible 49% of Americans are receiving benefits from at least one government program EVERY SINGLE month? 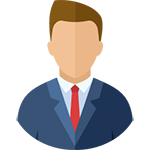 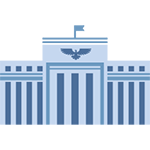 Can things really be “normal” in America when at one point, a single U.S. government-controlled agency (the Federal Reserve) was purchasing up to 70% of the bonds issued by the U.S. Treasury – simply by creating money out of thin air? 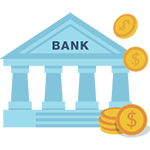 Or when the “too-big-to-fail-banks” that got bailed out in 2007 are actually25% larger than they were back then? 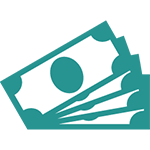 And how can things be normal when our country’s money supply has increased by 400% since 2006 — all just printed out of thin air. Look at this chart below… it should scare the heck out of you…

It shows that what has taken place over the past few years with the U.S. dollar is something straight out of Weimar Germany… or the last 20 years in Zimbabwe.

Like I said, there are clear signs that the next big crisis has already started. What’s going on today certainly isn’t “normal.”

The great American Historian Victor Davis Hanson has his take on the DNC:

The Democratic Convention was an exercise in absurdist theater.

Donald Trump, to the degree he is coherent, wants Americans to think the following of the Obama administration, the Clinton candidacy, and the entire progressive enterprise. His three-part writ could be summed up as follows:

1) Obama has doubled the national debt in just eight years. He has abdicated U.S. leadership abroad, was taken for a patsy by duplicitous trade partners, has deliberately divided races and tribes at home for transient political advantage, has nationalized health care into a mess, has overregulated and overtaxed the economy into near-zero-growth stasis, and has whitewashed all of the above with upbeat banalities about hope and change.

2) During Hillary Clinton’s tenure as secretary of state, the Obama administration oversaw the destruction of the modern Middle East, ignored the rise of ISIS, engineered a failed reset that empowered Putin’s Russia, let China systematize unfair and injurious trade practices that fuel an aggressive foreign policy, and alienated traditional friends while courting longstanding enemies. Clinton’s record of government service is one of decades of prevarication, malfeasance, and corruption.

3) Progressivism is a euphemism for a grievance-based agenda with mandated equality of result. An incompetent, uncaring, and always larger government is its agency — a project that demands constant tax increases and ever-greater social spending. It seeks to divide the country up by identity groups, politicize the bureaucracies, and ignore the old working classes, especially the white lower middle class.

The Democrats held a convention to prove all of Trump’s above depictions laughable by attacking Trump himself, often an easy target. Instead, they often seemed to confirm them. Consider:

At the convention, speakers like Bernie Sanders and Elizabeth Warren described a dark America, one of rapidly growing inequality and existential class tensions — completely at odds with President Obama’s first-person glorification of the last eight years. The one inadvertent boon to the economy during the Obama administration — fracking, which has led to virtual energy independence — came despite, not because of, Obama’s leadership, and it was as ignored by Obama as it was damned by others.

So what is it? Time for big changes from the last administration, or a rare opportunity for more of the same? Time to stop that fracking and get gas back over $3.50 a gallon, or to keep it going and enjoy the benefits? African-American speakers alternately lectured the country on the enduring bias, and confidently proclaimed the need for more unity, leaving the public somewhat confused as to whether having an African-American president, attorneys general, national security advisor, Environmental Protection Agency administrator, and secretaries of education, transportation, and homeland security was proof of a new fairness and inclusion or more proof that our country has a long way to go.

At least Michelle Obama’s narcissistic speech had some coherence: Prior to 2009 she was never proud of her “downright mean” country, which seemed to raise the bar on people like herself (affirmative action and free education notwithstanding); but once her husband got elected, she was not proud of anyone who dared think America had not mysteriously become the greatest country in the world.

On matters of elite dominance of politics, Wall Street conniving, bad trade deals, a struggling middle class, and record student debt, Sanders and Warren sounded more like Trump’s critiques than Obama’s triumphalism. If there was no need for radical change from the Obama brand, why then were these two so angry at the apparent Obama status quo?

At best, for a few moments they posed as mavericks speaking unpleasant truth to their party’s power. At worst, they were just hacks going through the motions of boilerplate grievances. Either way, they did not recall the progressive triumphalism of 2009–11, when Obama and a supermajority Democratic Congress got what they wanted.

In Sanders’s particular case, he made no attempt to conceal that his candidacy was one of a 74-year-old socialist coot who temporarily professed that he was a Democrat to fire up largely white students and other angry young left-wingers to play-act revolution. At the convention, when he announced that he was going back to being an Independent and that his supporters should now stand down and join the Clinton campaign, he confirmed that the last year had been either a lark or a colossal waste of time.

Bill Clinton was tasked with iconizing his wife. But like fellow narcissist Obama he personalized the effort, placing himself at the center of her universe, as he recounted how much he had benefited from his astounding wife over the decades. But the confused listener at home naturally mused, “If this is true, why then did you treat your spouse so horribly over the years, and so often prefer the companionship of almost anyone but her?”

When Hillary spoke, her theme was twofold: Trump is a monster, and she will offer more free stuff (without detailing who will pay for it). For some reason, she had ditched her voice and elocution coaches, and reverted back to her natural screech-owl intonation — a metaphor somewhat unfair to the rural owl that often wakes me up in the morning. Hillary pointed to a dangerous and unhinged world as reason for the election of someone such as herself as commander-in-chief — apparently oblivious to the fact that her tenure as secretary of state did much to create the very landscape in which the enemies she now delineates were emboldened and saw no reason to check their ambitions. After appealing to a plethora of identity groups and ethnic pressure lobbies, Hillary summed up her case against Trump as being divisive and trying to pit one faction against another.

And when Hillary’s encomiasts occasionally blasted Wall Street’s tentacles, was it some sort of Freudian joke, or a new postmodern tack — one of damning what Wall Street does to politicians in order to offer a catharsis of what it has done to the corrupt Clintons?

The news cycle did not help. Black Lives Matter was canonized inside the convention hall; but as bookends to the convention, we again saw police officers murdered by assassins in Baton Rouge and San Diego. Meanwhile, Black Lives Matters (its prior chants to fry cops like bacon conveniently forgotten) hardly demonstrated that it was an inclusive group by chanting “Black Lives Matter!” during what was supposed to be a moment of silence for slain policemen during the convention. The group had earlier staged a protest outside the hall, in which a speaker with a bullhorn instructed reporters to be segregated by race, as white journalists were ritually shown to the rear. Apparently as proof of how cops unfairly target the black community, the mother of Michael Brown was asked to speak. When we celebrate Brown as a martyr, we are presumably supposed to forget the chain of events that led to his death: He went into a store and took several packages of cigarillos, roughed up the clerk who tried to stop him, left the store and walked down the middle of the street, attacked a police officer and tried to wrestle away his gun, and then charged the officer before being fatally shot.

Progressive speakers also reminded the nation that we are what we say we are, at least in terms of adopting aggrieved personas. Elizabeth Warren shouted of unfairness, apparently as the logical corollary to her appropriation of the mythic Native American identity that proved so useful in her careerist trajectory. Lena Dunham reiterated that she was a sexual-assault survivor and has written a memoir to chronicle her ordeal — omitting the fact that she had accused someone of committing a heinous act without bringing forth any factual evidence to support the accusation. Actress America Ferrera announced that “Not our color, gender, or economic status” matters — but only after informing the convention that she was a Honduran-American

By the final night of the convention and Hillary’s speech, no one still quite knew why she was running for president other than that it was her turn — and perhaps that having lived in the White House as First Lady, she wanted to occupy the Oval Office in her own right. In her speech she offered 50/50 split-the-difference banalities: The last eight years were good but the next years could be even better, cops must not be shot, police must not shoot suspects, we must build infrastructure and provide free college, and on and on. The real message was that the party of Harry Truman cannot even utter the phrase radical Islam or say, All lives matter.

For independent and working-class Democratic voters, the message was: “You are either irrelevant or expendable.”