Is There Anything Climate Change Can’t Do? 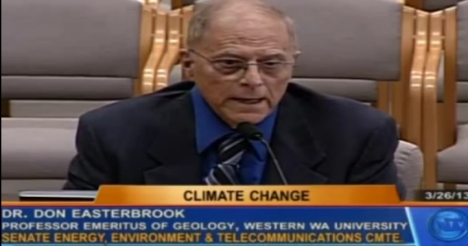 We are treated daily with news stories of all the things President Trump can do. Trump causes terror attacks. Trump causes nightmares, insomnia, and eating binges. Trump caused Babs Streisand to gain weight. Trump is omnipotent. Yet he has competition. Not Obama. Not the deep state. Instead, global warming, now known as climate change, is the new supervillain on the block.

According to the victim of a real election hack, Bernie Sanders, climate changes causes terrorism. Just like President Trump. Climate change also leads to severe weather — heat, cold, rain, snow, floods, and droughts — you name it. How long until sunrise and sunset are blamed on climate change? Or the changing seasons?

Just when you thought the climate change superhero could do it all, it outdid itself by causing Brexit and diabetes.

Global warming oracle Al Gore recently spoke at an event where he announced the long-anticipated sequel to his 2006 blockbuster hit, An Inconvenient Truth. The same movie that predicted environmental apocalypse within ten years, meaning 2016, which as of 2017 has yet to occur. Perhaps his new movie will bump the doomsday clock out a few more years to a more convenient “point of no return”, say 2020 when Trump will be running for reelection.

The former vice-president told his audience, “Brexit was caused in part by climate change.” He notes that extreme weather is creating political instability “the world will find extremely difficult to deal with”. I suppose “political instability” is a new phenomenon, not a recurrent theme in human civilization since the days when humans began to govern themselves. Or that droughts and civil war in the Middle East, rather than being a regional staple since biblical days, are due to Westerners running their air conditioners and driving gas-guzzling SUVs.

Al Gore links the Syrian drought to a refugee influx into the UK and the recent Brexit vote. Would this drought not affect neighboring countries such as Israel, Jordan, and Turkey? Why aren’t those countries sending refugees to Europe? Could ISIS or Syrian dictator Assad have anything to do with Syrian political instability? Does a Syrian drought cause refugees in Europe to rape or commit acts of terrorism? Mr. Gore’s narrative has a few large holes, but when it comes to climate change, why bother with “inconvenient truths”?

What about diabetes? How has that been linked to climate change? A recent CNN headline screams, “Is there a link between climate change and diabetes?”

“Between 1996 and 2009, as outdoor temperatures rose across the United States, so did the prevalence of diabetes, according to a study published in the journal BMJ Open Diabetes Research & Care on Monday.” That’s it. Settled science. Or is it?

Does an association mean causation? Bingo halls may have more ladies with blue hair and dentures compared to a downtown city dance club, but that doesn’t mean playing bingo leads to a change in hair color or tooth loss.

Buried in the sixth paragraph of the article, after five paragraphs of hype, CNN gets around to mentioning causation. “However, this observational study simply reveals an association between climate and diabetes, not a causation.” Association doesn’t mean causation.

The research cited by CNN claims that, “For every 1-degree Celsius increase in outdoor temperature, there was about a 4% increase of the total diabetes incidence in the United States per year between 1996 and 2009.” Perhaps. What about before 1996 or after 2009? Is it just an interesting association or cause and effect?

Suppose I told you that during a similar time period, the number of people who drowned by falling into a pool correlated with the films Nicolas Cage appeared in? Or that per capita cheese consumption correlated with the number of people who died by becoming tangled in their bedsheets? Look at the graphs and see the correlation. Anyone believe these are cause and effect results rather than interesting but spurious associations?

The diabetes-temperature link is hypothesized to involve “brown fat” which humans burn to generate heat. Warmer temperatures mean people need to burn less brown fat, leading to insulin resistance and more diabetes. Then again, they also say, “Brown fat doesn’t have that much of an impact on metabolism in humans.” So, which is it?

Most Americans live in a climate-controlled environment, spending time in air-conditioned homes and buildings when it’s hot. A small average temperature increase affects people only for the few minutes they spend outside. This is conveniently overlooked.

Another hypothesis is that, “Climate change threatens the fresh food supply, which may negatively impact the diets of those with diabetes.” Perhaps. On the other hand, if temperatures are indeed warming, more land becomes fertile, meaning plentiful and inexpensive fruits and vegetables, healthier for those prone to or with existing diabetes. So, which is it?

How about other hypotheses, not discussed in the article? When it’s hot outside, people stay indoors enjoying their air conditioning, rather than going for a walk, bike ride or playing a round of golf. This could increase the risk of diabetes. Then again, during normally cooler seasons, warm temperatures get people outside enjoying the warm weather. This was the norm in Denver during March. Hikers, bikers and golfers were out in droves enjoying an unseasonably warm late winter season. Doesn’t exercise reduce the risk of diabetes?

It’s fine to look at interesting associations and see if there is a cause and effect. After all, Alexander Fleming discovered penicillin by observing an association between bacterial growth and mold, pursuing his observation and establishing cause and effect.

Instead the media agenda is that climate change is caused by man and that urgent government intervention, in the form of new taxes and regulations, is the only way to stop it.

Is the climate changing? Of course. It always has and always will. Is human activity contributing and how much? Unknown. Can corrective human efforts change anything? Doubtful, but also unknown. All worthy of thoughtful research. Not scare mongering by claiming everything from Brexit to diabetes is caused by climate change.