Roughly half of the United States’ workforce depends on small businesses thriving. But high taxes and intrusive government regulations hurt these businesses and their workers. How would tax cuts for these small businesses benefit the U.S. economy and help just about everyone? Find out in this short video. 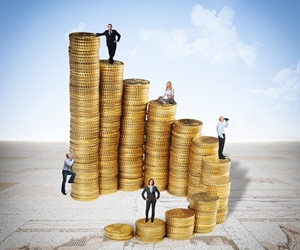 You have heard it here many times: Democrats do not know how to grow the economy.

The reason they can’t is that they have a class warfare bias that wants to punish the job makers. Take the Trump Tax Reform’s reduction of the corporate tax rate from 35% to 21% and similar small business tax rate cuts. This they scream is tax cuts for the rich. First of all corporations are not individually owned and how they do in the stock market benefits or hurts thousands of investors most of whom are far from being rich. Many small business owners not only work 60-80 hours a week for their profit but often face precarious ups and downs. Ask any rancher, farmer or restaurant owner.

The fact is that business, large or small, are the job providers for the nation and when they do well, more good paying jobs are there for those who would like to improve their lot in life. If you tax and regulate them to death they will hold off any expansion, refuse to launch any new start-ups and have fewer new jobs available for precisely the people who need them most, the people that Democrats are always touting as the abused.

Lastly what a rich person earns takes nothing away from a poor person. If I go out and invent a new fuel that will power the internal combustion engine to produce 100 miles per gallon, I have taken nothing away from the poor. In fact I have lowered their costs, along with everybody else’s, and in the process have added many new jobs. We must remember that the GDP of the entire country is not static and closed. It can grow or shrink. If it grows it helps everybody. President John F. Kennedy, a Democrat, put it this way: “A rising tide lifts all boats.” That is why the American poor are so much better off than the poor in Third World countries. A growing economy yields higher tax revenues which in turn allows for more government benefits and transfer payments to those in need.

For an example of what class warfare implementation can do to a country you only have to look at Venezuela, once South America’s richest and most prosperous nation.