Global Warming cultists continue to lie to you. Ice is not melting at the North and South Poles. Yet News Headlines continue to proclaim that they are. Temperatures are not rising and each new year is not the warmest year on record. Climate Data is consistently being “adjusted” without good reasons. Numbers are changed to fit the ideology, not just present day but going all the way back to the Dark Ages. Computer Climate Models are rigged to spit out the Catechism of the Warmist Cult agenda. What we are experiencing is:

To The Horror Of Global Warming Alarmists, Global Cooling Is Here 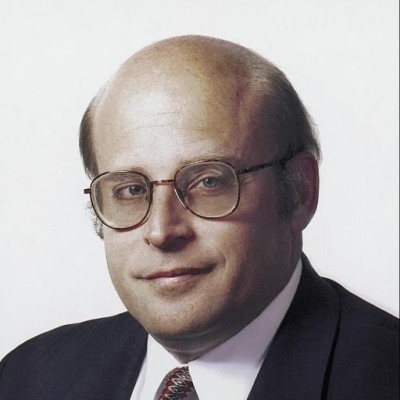 Around 1250 A.D., historical records show, ice packs began showing up farther south in the North Atlantic. Glaciers also began expanding on Greenland, soon to threaten Norse settlements on the island. From 1275 to 1300 A.D., glaciers began expanding more broadly, according to radiocarbon dating of plants killed by the glacier growth. The period known today as the Little Ice Age was just starting to poke through.

Summers began cooling in Northern Europe after 1300 A.D., negatively impacting growing seasons, as reflected in the Great Famine of 1315 to 1317. Expanding glaciers and ice cover spreading across Greenland began driving the Norse settlers out. The last, surviving, written records of the Norse Greenland settlements, which had persisted for centuries, concern a marriage in 1408 A.D. in the church of Hvalsey, today the best preserved Norse ruin.

Colder winters began regularly freezing rivers and canals in Great Britain, the Netherlands and Northern France, with both the Thames in London and the Seine in Paris frozen solid annually. The first River Thames Frost Fair was held in 1607. In 1607-1608, early European settlers in North America reported ice persisting on Lake Superior until June. In January, 1658, a Swedish army marched across the ice to invade Copenhagen. By the end of the 17th century, famines had spread from northern France, across Norway and Sweden, to Finland and Estonia.

The Little Ice Age, following the historically warm temperatures of the Medieval Warm Period, which lasted from about AD 950 to 1250, has been attributed to natural cycles in solar activity, particularly sunspots

Reflecting its global scope, evidence of the Little Ice Age appears in the Southern Hemisphere as well. Sediment cores from Lake Malawi in southern Africa show colder weather from 1570 to 1820. A 3,000 year temperature reconstruction based on varying rates of stalagmite growth in a cave in South Africa also indicates a colder period from 1500 to 1800. A 1997 study comparing West Antarctic ice cores with the results of the Greenland Ice Sheet Project Two (GISP2) indicate a global Little Ice Age affecting the two ice sheets in tandem.

The Siple Dome, an ice dome roughly 100 km long and 100 km wide, about 100 km east of the Siple Coast of Antartica, also reflects effects of the Little Ice Age synchronously with the GISP2 record, as do sediment cores from the Bransfield Basin of the Antarctic Peninsula. Oxygen/isotope analysis from the Pacific Islands indicates a 1.5 degree Celsius temperature decline between 1270 and 1475 A.D.

Ice cores from the Andeas mountains in South America show a colder period from 1600 to 1800. Tree ring data from Patagonia in South America show cold periods from 1270 to 1380 and from 1520 to 1670. Spanish explorers noted the expansion of the San Rafael Glacier in Chile from 1675 to 1766, which continued into the 19th century.

The height of the Little Ice Age is generally dated as 1650 to 1850 A.D. The American Revolutionary Army under General George Washington shivered at Valley Forge in the winter of 1777-78, and New York harbor was frozen in the winter of 1780. Historic snowstorms struck Lisbon, Portugal in 1665, 1744 and 1886. Glaciers in Glacier National Park in Montana advanced until the late 18th or early 19th centuries. The last River Thames Frost Fair was held in 1814. The Little Ice Age phased out during the middle to late 19th century.

The Little Ice Age, following the historically warm temperatures of the Medieval Warm Period, which lasted from about AD 950 to 1250, has been attributed to natural cycles in solar activity, particularly sunspots. A period of sharply lower sunspot activity known as the Wolf Minimum began in 1280 and persisted for 70 years until 1350. That was followed by a period of even lower sunspot activity that lasted 90 years from 1460 to 1550 known as the Sporer Minimum. During the period 1645 to 1715, the low point of the Little Ice Age, the number of sunspots declined to zero for the entire time. This is known as the Maunder Minimum, named after English astronomer Walter Maunder. That was followed by the Dalton Minimum from 1790 to 1830, another period of well below normal sunspot activity.

Those ocean temperature cycles, and the continued recovery from the Little Ice Age, are primarily why global temperatures rose from 1915 until 1945, when CO2 emissions were much lower than in recent years. The change to a cold ocean temperature cycle, primarily the PDO, is the main reason that global temperatures declined from 1945 until the late 1970s, despite the soaring CO2 emissions during that time from the postwar industrialization spreading across the globe.

The 20 to 30 year ocean temperature cycles turned back to warm from the late 1970s until the late 1990s, which is the primary reason that global temperatures warmed during this period. But that warming ended 15 years ago, and global temperatures have stopped increasing since then, if not actually cooled, even though global CO2 emissions have soared over this period. As The Economist magazine reported in March, “The world added roughly 100 billion tonnes of carbon to the atmosphere between 2000 and 2010. That is about a quarter of all the CO2 put there by humanity since 1750.” Yet, still no warming during that time. That is because the CO2 greenhouse effect is weak and marginal compared to natural causes of global temperature changes.

At first the current stall out of global warming was due to the ocean cycles turning back to cold. But something much more ominous has developed over this period. Sunspots run in 11 year short term cycles, with longer cyclical trends of 90 and even 200 years. The number of sunspots declined substantially in the last 11 year cycle, after flattening out over the previous 20 years. But in the current cycle, sunspot activity has collapsed. NASA’s Science News report for January 8, 2013 states,

“Indeed, the sun could be on the threshold of a mini-Maunder event right now. Ongoing Solar Cycle 24 [the current short term 11 year cycle] is the weakest in more than 50 years. Moreover, there is (controversial) evidence of a long-term weakening trend in the magnetic field strength of sunspots. Matt Penn and William Livingston of the National Solar Observatory predict that by the time Solar Cycle 25 arrives, magnetic fields on the sun will be so weak that few if any sunspots will be formed. Independent lines of research involving helioseismology and surface polar fields tend to support their conclusion.”

That is even more significant because NASA’s climate science has been controlled for years by global warming hysteric James Hansen, who recently announced his retirement.

But this same concern is increasingly being echoed worldwide. The Voice of Russia reported on April 22, 2013,

“Global warming which has been the subject of so many discussions in recent years, may give way to global cooling. According to scientists from the Pulkovo Observatory in St.Petersburg, solar activity is waning, so the average yearly temperature will begin to decline as well. Scientists from Britain and the US chime in saying that forecasts for global cooling are far from groundless.”

That report quoted Yuri Nagovitsyn of the Pulkovo Observatory saying, “Evidently, solar activity is on the decrease. The 11-year cycle doesn’t bring about considerable climate change – only 1-2%. The impact of the 200-year cycle is greater – up to 50%. In this respect, we could be in for a cooling period that lasts 200-250 years.” In other words, another Little Ice Age.