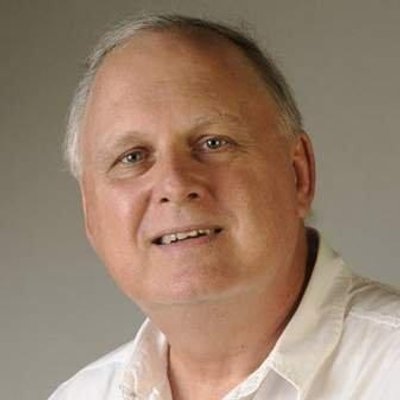 Trump economic advisor drops a moab on Obama’s economic policies during WH presser. President’s Council of Economic Advisors, Kevin Hassett, stepped to the podium dropping news that the left-wing press won’t like to report. Kevin Hassett explains: “Many Obama policies were very NEGATIVE for growth…To say Obama destroyed the economy, well, um, that’s not what the CEA Chair should be doing” Later @02:27 Kevin Hassett unveiled a series of charts that show a surge in corporate investment, blue-collar jobs, business startups and small-business optimism after the election two years ago.

– No, it is not what he would have us believe.

Click for AUDIO VERSION.
To use this segment in a Radio broadcast or Podcast, send TIM a request.

Former President Barack Obama was back on the campaign trail recently, less than two years after leaving office. Most former presidents stay out of the fray, but he was called out of mothballs to help elect Democrats in the 2018 midterm elections. As such, he took swipes at President Trump’s economic agenda, saying:

“When you hear how great the economy’s doing right now, let’s just remember when this recovery started.” “Suddenly, Republicans are saying it’s a miracle. I have to kind of remind them, actually, those job numbers are the same as they were in 2015 and 2016.”
– former President Barack Obama
September 7, 2018

Whenever you study economic trends, there are two fundamental variables, the Gross Domestic Product (GDP), which reflects production, and unemployment. For the record, how did President Obama do as compared to President Trump?

The economy is not based on the performance of the stock markets, which only reflect confidence in the economy. I have had people ask me, “If the economy is so good, why won’t my portfolio go up?” It never occurs to them they may have invested badly.

There are many other variables that could be examined, such as wages, earnings, consumer confidence, inflation, the prime rate, the national debt, etc., but it is the GDP and unemployment which matter most.

President Obama supervised the recovery from the recession in 2009, one of the slowest on record. So many people were unemployed, they gave up and wouldn’t report their status, which lead to fallacious statistics and caused polling companies, such as Gallup, to define “true” unemployment.

For Mr. Obama to claim responsibility for today’s economic boom is simply fantasy land. If anything, it represents a refutation of his policies. It came about primarily for two reasons: President Trump repealing many of the bureaucratic rules strangling American business, and his reduction of the corporate tax. Consequently, companies were invigorated to invest in their businesses, pay their workers more money, hire more employees, and bring back jobs to America.

Let us not forget what President Obama said in June 2016 at an Indiana town-hall meeting, when asked about Candidate Trump’s promise to kick-start manufacturing jobs in the country:

According to Bloomberg in March 2018, a rebound in manufacturing has indeed occurred, “Over the past year, according to today’s employment report from the Bureau of Labor Statistics, the sector has added 222,000 jobs, resuming a recovery that had paused in 2015 and 2016 amid strength in the dollar and weakness in the U.S. oil and gas industry.”

Making claims to the contrary is simply nonsense. This is another example of how the Democrats are laying down a smoke screen regarding successful Republican economic policies prior to the midterm elections. It is an act of sheer desperation.

Note: All trademarks both marked and unmarked belong to their respective companies.

Tim Bryce is a writer and the Managing Director of M&JB Investment Company (M&JB) of Palm Harbor, Florida and has over 40 years of experience in the management consulting field. He can be reached at timb001@phmainstreet.com

Listen to Tim on WZIG-FM (104.1) in Palm Harbor,FL; Or tune-in to Tim’s channel on YouTube. Click for TIM’S LIBRARY OF AUDIO CLIPS.