The Democrats have no platform but Hate Trump.

Calling President Trump a White Nationalist is just plain ludicrous. Trump had a TV show on a major Network. He built skyscrapers, Casinos and Golf Courses in various states where he was required to take out permits. Nobody ever accused Trump of being racist until he became President. He would have been thrown off the air and not permitted to erect his buildings if he was deemed a racist.

We have seen the President not only labeled as racist but also he is Hitler, Stalin, a White Nationalist, mentally incompetent, deranged and unfit to be President. This is not a platform and we hope the American people do not vote for a political party that would stoop to such tactics. 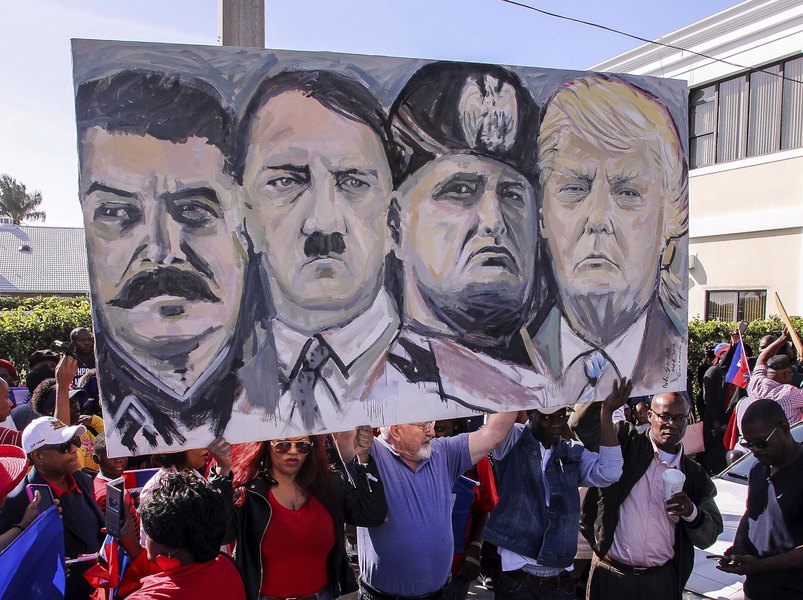 The ever-expanding, ever-burgeoning definition of ‘racist’

Agriculture Secretary Sonny Perdue is in trouble for uttering a “racist” colloquialism. Or maybe he didn’t say anything wrong. Or maybe, his political oppopents decided that saying the Florida governor’s race is so “cottonpickin’ important” constitutes an egregious breach of racial etiquette, for which he should be cast into the outer darkness.

Poor Sonny. He’s fallen victim to “racism creep” – the modern day phenomenon where the definition of “racism” bobs and weaves like Muhammed Ali, eventually ensnaring anyone that the racialists believe deserves to be laid low in the public mind.

Oooh. Is that “racist” to mention the greatest heavyweight boxer in history who happens to be black?? So sorry.

“Public policy matters. Leadership matters,” said Agriculture Secretary Sonny Perdue said at a Lakeland rally, according to audio provided by American Bridge. “And that is why this election is so cotton-pickin’ important to the state of Florida. I hope you all don’t mess it up.”

There are other things that matter, including definitions, context, and common usage.  Words matter. It matters how they are used. It matters what context they are used in. And it matters that the definition of those words is generally accepted by most English speaking peoples on the planet.

What doesn’t matter is changing the definition of a word or a phrase entirely for purposes of political attack. That’s what’s happening here, and has been happening for at least a decade.

For 8 years under America’s first black president, the terms “racist” and “racism” lost their enormous power to shame, to injure, to humiliate by sheer overuse. What used to be words intended to shock morphed into just another line of political attack. Applying the epithet “racist” to someone whose only transgression was disagreeing with a black president had the unintended effect of inuring the American people to the power of the word itself.

“Cottonpickin'” is only racist if someone chooses to make it so.  Not to be too esoteric, but Politico mistakenly – or deliberately – hyphenated the words – “cotton-pickin'”- thus rendering the phrase more racially suggestive. Instead,many dictionaries combine the two words – “cottonpickin” to suggest a common colloquialism.  As it is, no dictionary identifies the phrase – hyphenated or not – as a racial slur.

When language is abused in this manner, we all lose. It cheapens our politics and renders political discussions meaningless. But that’s the point, isn’t it? The goal isn’t discussion. It’s chastizement. And in the process of berating political opponents and scoring meaningless points, we lose the basic ability to communicate with each other.